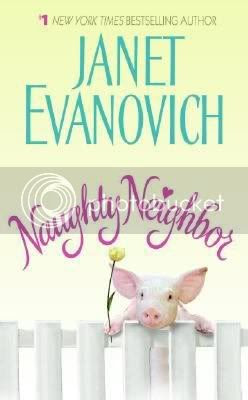 Trouble in His Eyes and in His Wicked Grin...

He was a handsome hell-raiser, a reckless crusader in low-slung jeans - and he was driving Louisa Brannigan crazy! Pete Streeter made terrible coffee, snatched her newspaper, and listened through her walls, but it wasn't until she got fired from her government job that she was persuaded to join his undercover investigation - and became hopelessly entangled with the sexiest man she'd ever met!

Love on the Lam

Sneaking around in the shadows was more fun than Louisa ever imagined... especially when the getaway car was a Porsche. Pete never figured on finding a partner in crime who tasted like dessert, but louisa was all he wanted in a woman - and more. Once he'd taught Louisa to enjoy living on the edge, would she finally feel safe in his love?

I am gonna make this short since it was on audio and let's face it, I suck a audio. I got annoyed at the narrator, and some voices made me grind my teeth. It took so long and I must have rolled my eyes a hundred times over.

Louisa was now and again TSTL, and honestly so was he once or twice too. He was a macho pig, and she was a wimp and complained all the time. I did not like either of them.

But then we get to the real problem, it was audio, perhaps I could have liked them in a book, perhaps then I could have laughed (cos I read people laugh cos of this book).

I just do not know, let's blame it on that it was an audiobook. Sure I have read another one of Evanovich earlier tries and it was mediocre, and now where near her Plum novels but this one would deserve better too.

I am not an audio book kind of girl.

Blodeuedd's Cover thoughts:  Very cute :)
Why I read it: Well listened
1, I will stick to reading books. And if anyone loving Evanovich has read it then tell me if it's better to read it.