Interview and contest: Kara Louise - Only Mr Darcy Will do 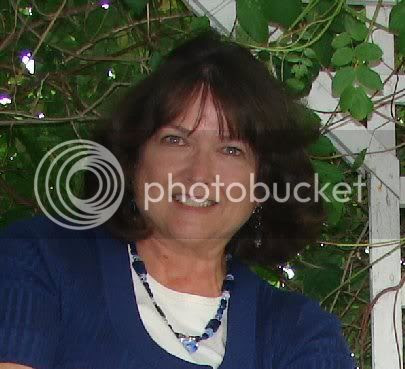 Today I have an interview with Kara Louise. The author of Only Mr Darcy will do. At the end of this interview there is a contest, so don't miss that.

Tell me something about yourself, so we get a better understanding about the woman behind the author.
I currently live in Kansas on 10 acres of land with my husband and a lot of animals. We have 6 cats, a dog, 2 goats, and 3 horses. But both my husband and I were born and raised in the Los Angeles area and moved here almost 20 years ago. We love it here and especially love living out in the country. It’s such a change from the big city of LA. We have a married son who lives in St. Louis.
Your newest book is called only Mr Darcy will do; can you tell me what it is about?
The premise of this book is that Mr. Bennet dies shortly after Elizabeth returns from Kent after refusing Mr. Darcy’s offer of marriage. Mr. and Mrs. Collins soon take their rightful ownership of Longbourn, displacing the Bennet ladies. Mrs. Bennet moves in with her sister and brother-in-law in Meryton, Jane moves in with the Gardiners in London as a governess for their children, and Elizabeth becomes a governess for the Willstone family. When Mrs. Willstone’s sister, Rosalyn, comes to visit, Elizabeth discovers the family has a long-standing acquaintance with Mr. Darcy, and Rosalyn has a strong fondness for him, wanting nothing more than to secure his love. When Mr. Darcy invites everyone to Pemberley, the Willstones all believe it is to further his acquaintance with Rosalyn. Elizabeth begins to see him as he truly is and wonders if she made a mistake in turning him down. She knows that she is so much more beneath him now and cannot expect him ever to renew his offer.
How come you started writing Austen variations?
I would probably have never written a variation if I had not read variations. I found that as I read some of the variations I was able to recapture some of that initial sense of awe I felt when I first read “Pride and Prejudice.” Certainly they don’t compare to Jane Austen’s novels, but it was nice to come home to familiar characters that I had come to love. After reading quite a few, I came up with a story of my own. When I began to write that story, I thought it would only be about 7 chapters. When I was finished, it was 18 chapters. I posted that story online, never imagining that I would go on to write several more and have them published.
I see that you have written a couple of other books. Could you tell me about those?
“Assumed Engagement” was that first book. The premise is that Mr. Darcy had written his sister and told her that he was going to ask Elizabeth Bennet to marry him. Of course Georgiana would assume he would be accepted. When he returns from Rosings, he is in a carriage accident and knocked unconscious. Georgiana writes Elizabeth, hoping that if she comes, it will draw him out of it. Elizabeth does not know Georgiana thinks they are engaged and would have no reason to go to Pemberley if not for the fact that Georgiana mentions that she has also sent for Mr. Bingley. Elizabeth sees this as a perfect opportunity to reunite Jane and Bingley if the two of them go. So off to Pemberley they go! Needless to say misunderstandings await them!
“Assumed Obligation” is the sequel and continues after Elizabeth and Darcy are married. Darcy is involved in building a deaf school in Derbyshire and Elizabeth finds herself involved in it. Kitty comes to live with them and she and Georgiana becomes good friends. The two have their share of difficulties and success in love.
“Master Under Good Regulation” is the story of “Pride and Prejudice” based on Mr. Darcy’s dog’s point of view. Reggie, an English Springer Spaniel, does everything he can to bring Darcy and Elizabeth together. The story also examines Mr. Darcy’s life in those months where we don’t read about him in Jane Austen’s novel.

“Drive and Determination” is a modern story in which the main character, Elyssa Barnett is an aspiring interior designer and she clashes with Will Denton, President of a coffee company. It is definitely not a parallel to “Pride and Prejudice” but is more inspired by it.

“Darcy’s Voyage” was my first self-published book to be published by Sourcebooks. In that book Elizabeth and Darcy meet in a completely different way. Their initial meeting is on a carriage ride where they each make an impression on the other, but they don’t get their names. The meet again two years on a ship bound for America, but do not immediately remember their first meeting. Because of what transpires on board, their lives are changed dramatically, but are separated when they arrive in America. When they both return to England, they meet again, and the storyline for “Pride and Prejudice” comes into play, altered, however, by the events that took place on the ship.

Would you like to try to write a variation of another Jane Austen book?
Definitely! I actually have one whole chapter done that is a back-story to a character in another one of her novels. (I won’t tell who or which one!) I have a good part of the story plotted out and a twist at the end. I just need the time to get to work on it!
Who is your favorite Austen hero?
This question gets asked a lot and I have to honestly answer that since I have written only about Darcy and Elizabeth, I guess it would be Darcy. But my second favorite novel is “Persuasion”, so I do have a fondness for Captain Wentworth, as well! People keep telling me I should write a “Persuasion” based story, and maybe someday I shall!
Which JA heroine is most like you?
I think I am a mixed bag of her heroines. I am probably more like Jane than Elizabeth, a little more like Elinor than Marianne, possibly a little like Anne Elliot (and hopefully not at all like either of her sisters), and possibly a little like Fanny Price. Can’t say I’m at all like Emma or Catherine Moreland, though.
Are you working on something new and exciting right now?
Something new, yes (see question above about writing another variation), we’ll have to wait and see if it’s exciting!
Any advice for aspiring writers?
My advice is to write what you love, but write it with excellence, as though you expect it to be published. In other words, read up on what makes a good story, find good writing tips, and apply them to your work.
Thank you!

GIVEAWAY
I have 1 copy of Only Mr Darcy will do to give away.
US/ and Canada only
Ends March 21st
To enter:
Please ask Kara a question, or tell me who your fav Jane Austen hero or heroine is.
Have fun :)