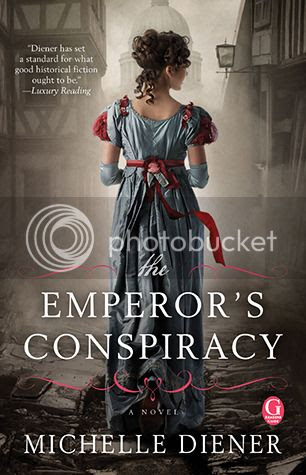 From nineteenth-century London’s elegant ballrooms to its darkest slums, a spirited young woman and a nobleman investigating for the Crown unmask a plot by Napoleon to bleed England of its gold.Chance led to Charlotte Raven’s transformation from chimney sweep to wealthy, educated noblewoman, but she still walks a delicate tightrope between two worlds, unable to turn her back on the ruthless crime lord who was once her childhood protector.

When Lord Edward Durnham is tapped to solve the mystery of England’s rapidly disappearing gold, his search leads him to the stews of London, and Charlotte becomes his intriguing guide to the city’s dark, forbidding underworld. But as her involvement brings Charlotte to the attention of men who have no qualms about who they hurt, and as Edward forges a grudging alliance with the dangerous ghosts of Charlotte’s former life, she faces a choice: to continue living in limbo, or to close the door on the past and risk her heart and her happiness on an unpredictable future.

My thoughts:
It started so good..and yes it continued to be that good! :D

It was a nice mix of historical fiction, suspense, mystery and romance. Charlotte the heroine was no simpering miss of the ton. She used to live in the slum, daughter of a whore, worked as a chimney sweep but was saved by a nice lady and raised as her ward. While still be connected to the underworld. Oh yes I loved that premise at once.

In this story there is a mystery too. Gold smuggled out of England and a Lord who tries to figure out the plot. A Lord who become the romantic interested of our cool heroine. As he is not one of those silly Men of the ton who wants her dowry and are all talk. And it works, because they do not fall at once, they do not even like each other at once. It's a story that will take time.

A good mystery, evil guys, flirting and the underworld. Yes that other thing I liked. She has an old friend, Luke who is now a crime boss and it just brought something new and very fresh to it. A woman torn between two worlds, dividing loyalties and a plot that kept it going. It was a book that was hard to put down, easy to read and suddenly I had read it and wanted more.

Conclusion:
I truly enjoyed it