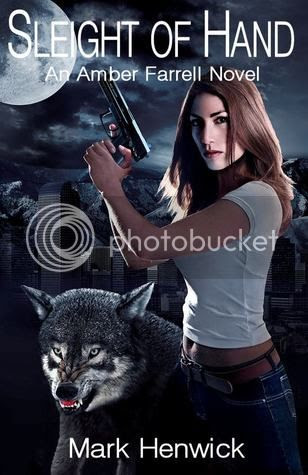 Amber Farrell is not your ordinary PI. She has been very well trained in one of the US Army super secret units. Unfortunately now the Army don’t want to have anything to do with her although they watch her carefully. She was a cop. Now most cops distrust her. All because of a bloody incident in the South American jungle. She was bitten by something strange and she survived against all odds; now she doesn’t know what to do with her life which is simply slipping out of her hands.
It is not a big secret what she is becoming: a vampire. However even as your average vampire aspirant she is still unusual. The whole process is taking her longer for one thing and she doesn’t seem to need a mentor. She can also identify other vampires by their coppery smell.
As a self-employed PI Amber is doing not very well, but soon she is given a very profitable job. Her new client is Jenniffer Kingslund, a rich local businesswoman with a bunch of problems of her own: normal and paranormal. All of them seem to revolve around one undeveloped location of Jennifer called Silver Hills. Will Amber be able to help her? What will it take?

You might say it is just another paranormal fiction series with a mixture of everyday life in a big American city (Denver) and different fantasy creatures like vamps and werewolves but it was highly readable.
The world building was interesting, especially concerning the Athanate or vampires. The author tried to outline their existence in a fresh way (if it is possible at all with vampires swamping popular literature) and I appreciated his efforts. The criminal mystery actually was overshadowed by that thread, at least for me.
Amber is a highly-trained woman but her proficiency in martial arts and using  conventional weapons didn’t come from thin air. It is one of my pet peeves – a more or less ordinary chica is turned into a vampire and in the matter of seconds, practically as soon as she touches a sword, she becomes a warrior extraordinaire. Here at least the author gave his heroine a proper background, making her exploits far more believable.
Also I truly enjoyed the fact that this novel didn’t feature either insta-love between the main lead and, say, a devastatingly handsome vampire master (ugh!) or an ugly love triangle. Amber is a sensible girl who knows her priorities and keeps her desires in check, concerning both her male and female acquaintances. I hope the author will continue that course.
Finally some secondary characters like Bian, the Vietnamese vampiress who likes Goth girls, Tullah, Amber’s secretary and her mother were really nice to read about.

The biggest problem I had concerned my relating or rather not relating to the main heroine, Amber Farrell.  Don’t get me wrong – I like kick-ass women who never pull their punches and make a career on their own, without needing a strong man by their side, vampire or otherwise. Still…whenever I felt I finally knew what made her tick I was led astray by her actions again and again. Let me be more precise: Amber is not a badly-constructed character but she is neither here nor there, a work in progress.

Sometimes she acts like a straight adult woman, sometimes – like a young gung ho man from a Bond movie. She kisses both men and women. For some period of time she is a kind of live-in girlfriend of Jen but without fully realizing the implications of her status. She publicly dances with her for heavens’ sake and still she never bothers to ask herself what others might think of it. When her sister is angry at her she is simply surprised. Although she is half way into becoming a vampire but she hates most of vampires and is afraid of her own future as one. Still she doesn’t look for the answers – not really, taking into account the fact that she is an investigator – and when it comes to werewolves she doesn’t have any trust issues or problems…

I understand that it is just the first part of a whole series. Perhaps with hindsight everything would have become perfectly reasonable but reading the first part I sometimes found myself wondering whether Amber is a she or a he or a person somewhere in between. I bet there might be several explanations of such a character construction. First: it was done deliberately by the author for reason or reasons unknown, to be revealed later. Second: male authors, even very good ones, sometimes have difficulties getting into a female mind and their heroines come across as tomboys at best, hermaphrodites in the middle, something misshapen a cat might drag in at worst. Creating a complex character is never easy. In my opinion the jury is out when it comes to Ms Farrell. Her background (a stint in special forces, another one as a cop) definitely would predestine her to be a bit less feminine than your ordinary vampire chick and it’s fine by  me but I wish she found her inner core, spoke with herself and took a mature, informed decision about her preferences – rather sooner than later.

An interesting beginning of another urban fantasy series. I wish Amber and her author all the best!