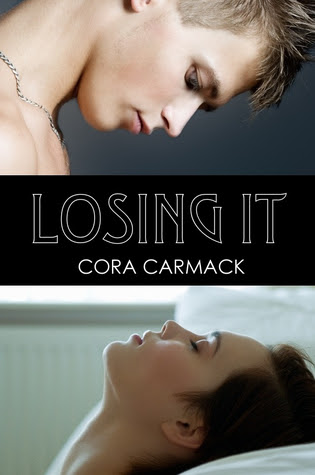 The premise of this novel is really promising: A chance encounter that leads to a taboo relationship between a theatre student and her professor. It’s a shame that it was wasted on such a poor story about a naive little girl and a man whose only charm was his British accent.

As the title says Losing It is about Bliss Edward’s quest to lose her virginity at twenty two and before she graduates from college. She’s supposedly held on to it this far because she’s a control freak and not at all attracted to all the wannabe actors in her theatre school. The control makes her a good stage manager but it doesn’t exactly hinder her acting either, which is just a blatant contradiction. The head of the department points this out to Bliss:

”You’ve always been a bit too in your head, I suppose. Controlled. Careful. Mechanical, might be the best word for it. But in those auditions—you were living in the moment. You were feeling instead of thinking. I saw shades of emotion in you—strength and vulnerability, desire and disgust, hope and shame—that were quite simply captivating. I don’t know what you’re doing or what you’ve done, but please continue. You’re much better when you make bold choices.”

So, we’re told in Bliss’ narration and with the voice of an authority that she was controlled and careful, but we’re never actually shown it. Bliss is way too comfortable in her small group of friends to classify as socially awkward. She is at best a naive little girl who hasn’t fully embraced the risks and rewards of being an adult. She’s afraid and that fear is what spurs her into drinking herself silly, ignoring a lovely boy flirting with her at the bar, and falling all over a stranger with A BRITISH ACCENT. (I’m just typing as it was in the book.)

Maybe I’m being a little cruel, but from the start Garrick Taylor’s defining characteristic is his British accent, and that’s really not enough for me. I have this vague impression that Garrick had his sweet moments and that he was patient with Bliss when she was freaking out over nothing, but those possible good guy moments were overshadowed by the lack of chemistry between the couple and the sexist red flags that would have had me and any other woman with a speck common sense run away from him.

Let’s not forget the most important part, the great illicit love affair that never was. Garrick is in the know from the start. He knows he’s a teacher and he knows he lives in an area close to the school where college students might live. And yet when Bliss confesses living practically next door, he follows her and would have sex with her, if she didn’t grab the nearest flimsy excuse and run away from her apartment and the naked boy in her bed.

That’s another thing, Kelsey, a supposed friend of Bliss’—what ever happened to her?—repeatedly calls Garrick a boy before they learn that he’s their new professor. The cover shows a boy, and I’m supposed to believe Garrick is an adult, a man? Umm, okay?

When the truth about their power dynamics comes out in chapter seven, it’s only a momentary disruption. Garrick soon decides it’s not enough to keep him away from Bliss. Neither of them really acts like they’re doing something they’re not supposed to be doing, although Bliss occasionally thinks she shouldn’t. There isn’t any of that delicious angst of a forbidden love and sexual tension building up between the main couple the blurb promises, and all the emotional stress is reserved for Bliss’ relationship with her friend Cade, who is quite unnecessarily in love with her.

It says a lot about the romance when I’m ready to cheer for two other minor characters to win the wishy-washy girl rather than the apparent love interest. In two words: It sucks. This book’s only saving grace is that it’s not romanticising an abusive psychopath—that’s because it hardly romanticises anything—but unfortunately for Carmack that’s no longer enough to inflate the rating.

P.S. I really didn’t like how the gay character was portrayed. 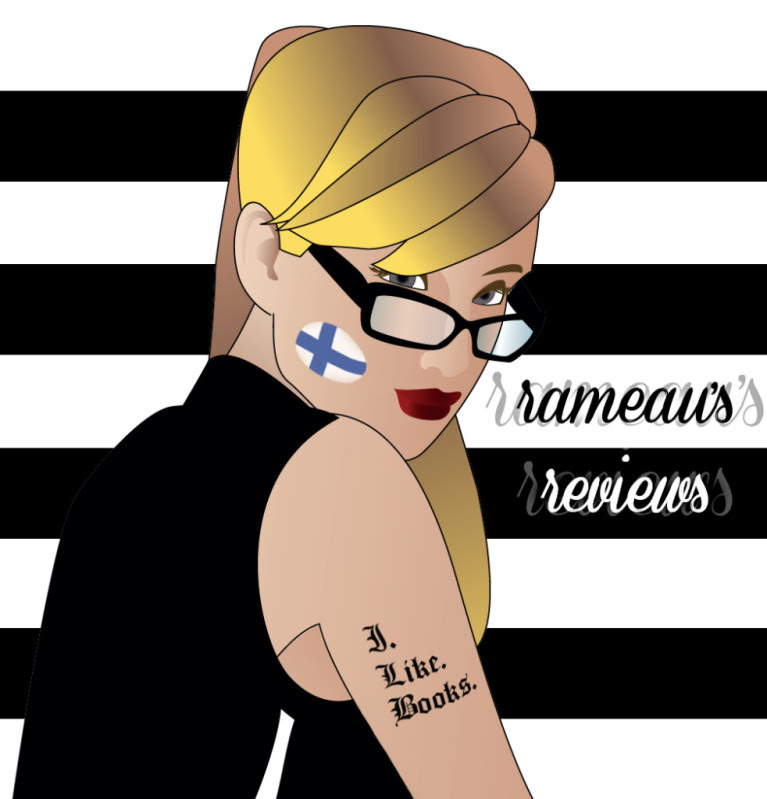