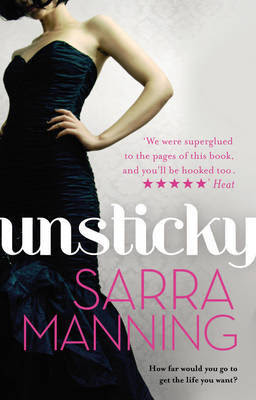 STATE OF GRACE
Money makes the world go round - that's what twenty-something Grace Reeves is learning. Stuck in a grind where everyone's ahead apart from her, she's partied out, disillusioned, and massively in debt. If she's dumped by another rock-band wannabe, squashed by anyone else at her cut-throat fashion job, or chased by any more bailiffs, Grace suspects she'll fall apart...

GRACE UNDER PRESSURE
So when older, sexy and above all, wealthy art-dealer Vaughn appears, she's intrigued against her will. Could she handle being a sugar daddy's arm-candy?

SAVING GRACE
Soon Grace is thrown into a world of money and privilege, at Vaughn's beck and call in return for thousands of pounds in luxurious gifts, priceless clothes - and cash. She's out of her depth. Where's the line between acting the trophy girlfriend, and selling yourself for money? And, more importantly, whatever happened to love?

My thoughts:
What a sticky situation. What to even call this book? Kind of fancy prostitution and self delusion.

Ok to the start then. Grace meets Vaughn, Vaughn suggests something, they sign the contract. The contract being she will sleep with him, he will pay her to be his mistress. Yes what to call that? I do wonder. But that is what I liked about this book. The grey areas. Because she does start to like him. It does feel like something else. But at the same it's not. He owns her. He shows this too and at times he is a complete ass towards her. That is where the book has dark areas, cos damn, I like him, I do not want too, but I slowly fall and it feels so wrong. I get that she has issues (so many!), but I should know better. At the end we learn more about him too and things do become clearer.

Grey and black. The book is not always pretty. She has her issues, he is demanding. She is in a new world of art, and rich people. But mostly I am just fascinated by this f*ed up "relationship" and wonder how it all will end.

Conclusion:
Interesting to say the least.