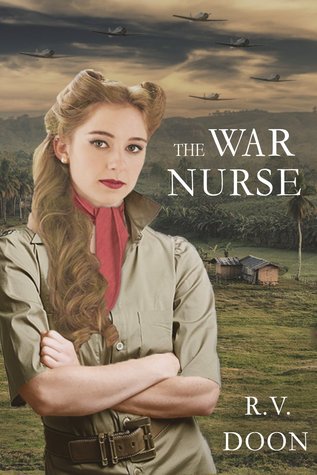 Genre: Historical Fiction, Adventure, Drama and Romance
Pages: 349
First Published: Janurary 2014
Where I Got It: My shelf (given to me for an honest and unbiased opinion by the publisher/author)


"This historical thriller begins on the eve of WWII in the Philippines. Katarina Stahl an American Red Cross nurse, is the happiest she’s ever been in her life. She’s making love and playing music with Jack Gallagher in an idyllic paradise. Their medical mission is over, the boat tickets to home are purchased, and all that remains is to fly a sick child to the hospital at Clark Air Field.

She never expected to witness bombs falling out of planes. In those terrifying first minutes, she frees a German doctor accused of spying and saves his life. She turns to nursing the injured, unaware she’s unleashed an obsession more dangerous to her and those she loves, than the war she’s trapped in.

Doctor von Wettin, the man she freed, finds Katarina pregnant and starving in a POW camp after the surrender. He begs her to nurse his bed-ridden wife. She knows other Americans will despise her, but wants her baby to live after surviving Bataan. Their uneasy alliance is destroyed when she discovers he exploited Red Cross diplomatic channels and contacts at the German embassy to wire money to her parents. His benevolent mask slips when he informs her that her brothers and parents are interned on Ellis Island.

When the Stahl family is swept up in the FBI’s dragnet, Josep Stahl believes it’s all a misunderstanding. He’s interrogated like a criminal at the city jail, a military camp, Ellis Island, and then the civilian internment camps in Texas. His anger and pride blind him. One by one in this painful family drama, his wife and sons join him behind barbed wire in. There they face ostracism, segregation, and, most frightening, repatriation.

Katarina begins an even more terrifying journey into depraved darkness as Manila descends into occupation and chaos. The doctor threatens everyone she loves: infant son, POW husband, and Filipino friends. She’ll do anything to protect them; she lies, steals, and smuggles. As the war turns against the Japanese, they withhold the doctor’s wife’s life-saving medications until he finds a hidden radio inside the civilian internment camp. If Katarina refuses to help him, her son pays the price.

Survival has corrupted Katarina; but she’s not about to become his camp rat. After years of hell, she’s earned her nickname, war nurse. Doctor von Wettin is about to find out what that means."


This took me a while to finish, because it was dark. Very, very dark. Yes, there is romance between Katarina and Jack, but that is a small light in the mist of darkness surrounding not only her but her family back in the US. While she is being a nurse on the front lines against the Japanese, her family is dealing with the government thinking they are German spies and arresting them thanks to one letter from good ol' Doctor von Wettin and because Josep and his wife never became citizens.

Right from the beginning drama was underway; there was not a boring/slow part. The book kept you on your toes. However, there was a lot of characters and it was hard sometimes to keep track on who was who. Also, the ending wasn't very satisfying. There were a few loose ends and it was a little cliff-hanger-ish. Is there going to be a second book? Or maybe a short story? I hope so, because I would love to see Katarina reunited with her family who was sent back to Germany.

Overall, this was pretty good. A lot going on with a lot of characters running about. This book shows the true horrors that some people had to face during WWII and the book shows the truth that each side of the war had their hands bloodied with some sort of cruelty. It annoys me how everyone thinks just the Japanese and Germans where "evil" or did "evil things", so did the US and England and France. War is a horrible thing and makes people do terrible things. There was a light, though, that made me hopeful - the love between Jack and Katarina. The ending left me with some questions and I wanted more. Maybe there will be another book? I'm not sure. I recommend this to those that like historical fiction set during WWII. It is a little dark, but it was good. Out of five stars, I stamp this with 3 stars.