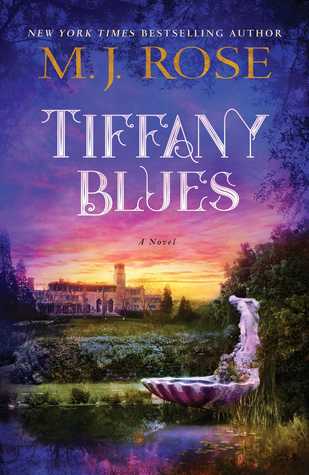 
Title: Tiffany Blues
Genre: Historical Fiction, Mystery, & Romance
Pages: ebook
Published: Aug 7th. 2018
Where I Got It: My Shelf (Given to me by the author/publisher)

New York, 1924. Twenty‑four‑year‑old Jenny Bell is one of a dozen burgeoning artists invited to Louis Comfort Tiffany’s prestigious artists’ colony. Gifted and determined, Jenny vows to avoid distractions and romantic entanglements and take full advantage of the many wonders to be found at Laurelton Hall.


But Jenny’s past has followed her to Long Island. Images of her beloved mother, her hard-hearted stepfather, waterfalls, and murder, and the dank hallways of Canada’s notorious Andrew Mercer Reformatory for Women overwhelm Jenny’s thoughts, even as she is inextricably drawn to Oliver, Tiffany’s charismatic grandson.


As the summer shimmers on, and the competition between the artists grows fierce as they vie for a spot at Tiffany’s New York gallery, a series of suspicious and disturbing occurrences suggest someone knows enough about Jenny’s childhood trauma to expose her.

Supported by her closest friend Minx Deering, a seemingly carefree socialite yet dedicated sculptor, and Oliver, Jenny pushes her demons aside. Between stolen kisses and stolen jewels, the champagne flows and the jazz plays on until one moonless night when Jenny’s past and present are thrown together in a desperate moment, that will threaten her promising future, her love, her friendships, and her very life.

I've been dying to read this book since I first read the summary and seen the cover. I also got really excited when I started seeing the reviews come out for this one.

Jenny has her past and secrets. She is just trying to move forward and do what she loves. She meets Minx and Oliver. Things seem find, but like we all know...secrets have a way of coming back to bite us in the romps.

I enjoyed the mystery. I was worried and had no idea what was going on or who was causing it. I had my suspicions and I was right, but I was never 100% sure. I especially did NOT see the twist coming at the end there. That was a shocker BUT it did make sense honestly.

The beginning was rough for me to really get into. It took a while and I was worried, but after a certain event, I was hooked. I had to see what would happen next especially to Jenny. I rooted for her even though I was unsure of her myself. I did not like Minx a bit, but you do grow worried for her at one point. She is like that family member you really don't like, but you still care for them. I adored Oliver, but he made me mad there.

This was a pretty good read. I enjoyed the mystery and the characters. It took a LONG time for me to really settle into the story, but after a certain event I could not put this down.

AND LOOK AT THAT COVER! Beautiful!!!

What else to say?

Well - the ending I had a love-hate with. The twist and big reveal was crazy good! I was upset by what happened and I was annoyed, BUT it honestly made the most sense and it was the best course of action. Life is not fair. However, I did think the solution was too easy after the reveal. However, it was justified and it made sense...see? I'm torn.

In the end, I enjoyed this story. It was written well. The mystery was intriguing. The characters interesting. I recommend it for mystery and historical lovers. The romance is there, but doesn't overtake the story. I'll give this 4 stars overall. A good one for sure.