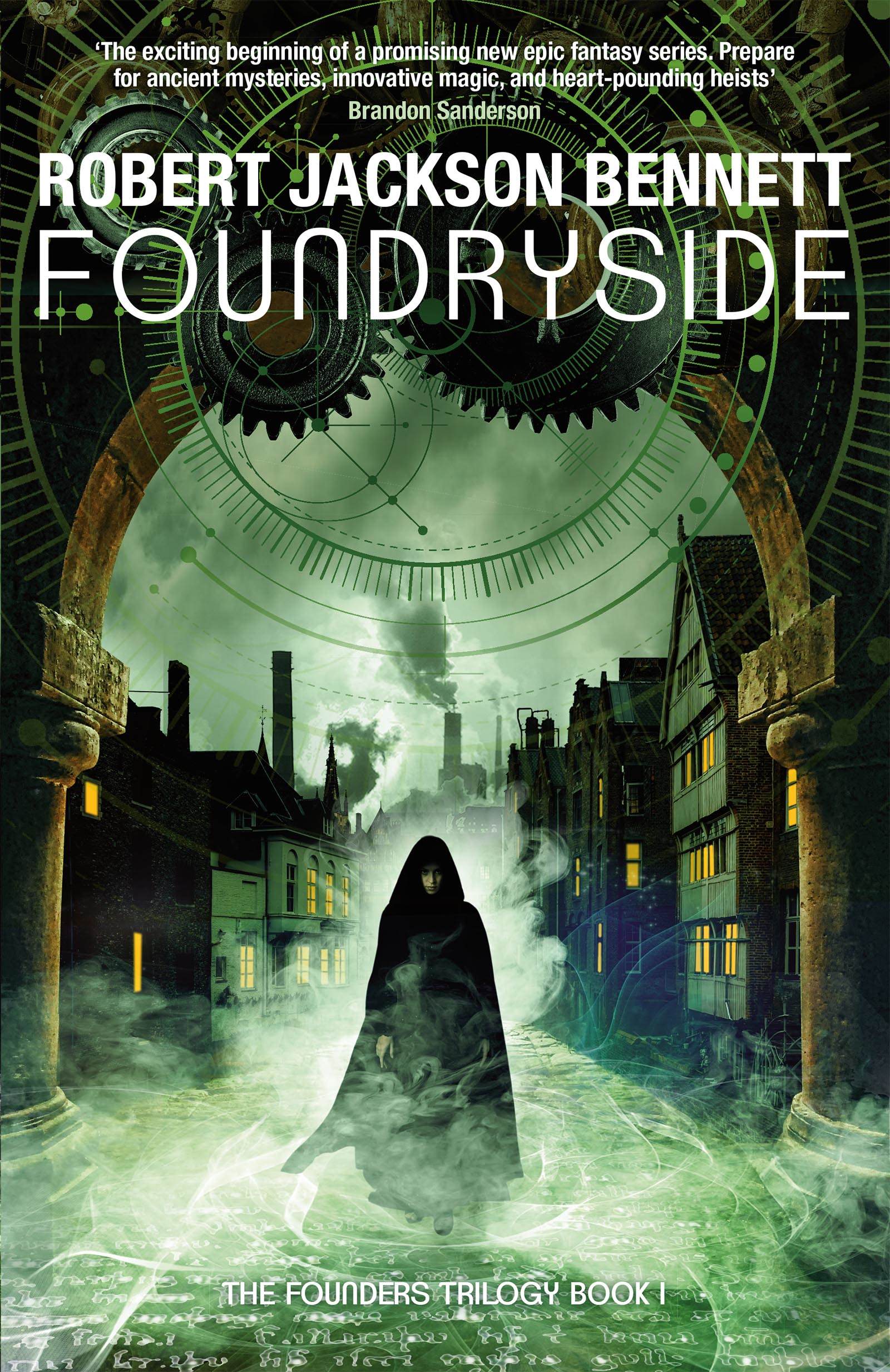 My thoughts:
Bennett certainly do not have your typical fantasy world. No, I do not know what I would call it. It's more like industrialized fantasy (now you think do you mean steampunk? No, I do not.) Here he created a world were well basically it's kind of like computers and coding. They use magic and sigils and get objects to do what they want. Like having a door not open. Like having carriages drive themselves. And there is even a "super computer", but at the same time not. Because all magic and writing. This is a city ruled by Merchant Houses and they hold the keys.

First, the history of this place sound so interesting! There used to be this "race" of people that destroyed the world and now they know nothing. But of course being foolish as they are they have reinvented the wheel and use magic again. Basically going down the same road again. But hey, life is so much easier that way..right?!

To the story. Sancia is a 20 year old thief who has lived a hard life and this score will settle her for life. What could possible go wrong? Like she could know that she is about to steal something incredible powerful. Which of course will have many hunting for her. And no, I could not really figure things out, the what is happening at the ending threw me for a loop. Actually make that three things. I never saw them coming.

I liked Sancia and her, ahem, friend. She had heart. As for other characters, well I do not want to ruin it all, but this one person really grew on me. And omg that twist! I should have seen it coming, but did not. This other person stood out more at the end and it will certainly make for more interesting things to come. Ok, can I be more vague ;) I just want to let the pieces come together without you knowing. No one is really bad or good, they are humans, they are grey.

The ending was one of those, calm before the storm. It was very calm, but this huge storm is brewing. And I did like that I could leave the book like this without dying this instant for more. I mean of course I want more, but cliffhangers are too evil. I want to breathe and then jump back in. As for what the future has in hold for this series....I honestly do not know. With some books you can tell, but with this one, nope. He keeps those secrets close.

This truly is a book to read and discover for your own, words fail me to describe this intricate world and magic system.

Blurb:
Sancia Grado is a thief, and a damn good one. And her latest target, a heavily guarded warehouse on Tevanne’s docks, is nothing her unique abilities can’t handle.

But unbeknownst to her, Sancia’s been sent to steal an artifact of unimaginable power, an object that could revolutionize the magical technology known as scriving. The Merchant Houses who control this magic--the art of using coded commands to imbue everyday objects with sentience--have already used it to transform Tevanne into a vast, remorseless capitalist machine. But if they can unlock the artifact’s secrets, they will rewrite the world itself to suit their aims.

Now someone in those Houses wants Sancia dead, and the artifact for themselves. And in the city of Tevanne, there’s nobody with the power to stop them.

To have a chance at surviving—and at stopping the deadly transformation that’s under way—Sancia will have to marshal unlikely allies, learn to harness the artifact’s power for herself, and undergo her own transformation, one that will turn her into something she could never have imagined.
Blodeuedd at 10:57
Share