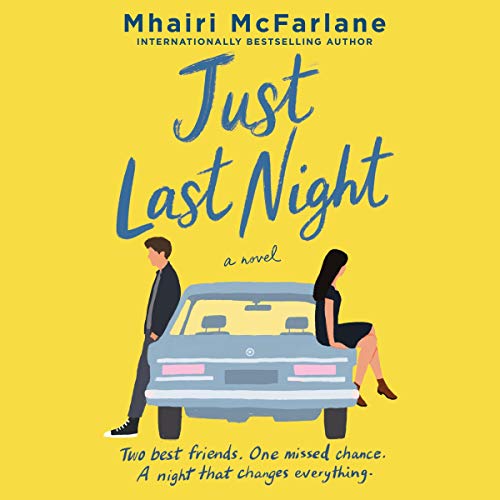 This one turned out to be really compelling. The secrets! I just really wanted to see how it all turned out.

Eve, Ed, Justin and Stevie are best friends. Eve and Ed had a thing years ago and there was always something there. Even though she has moved on, and Ed has his Hester (that no one likes). But then something happens, and secrets! Omg juicy secrets that had me craving more. Nothing is what it seems like. What is friendship worth? How much do you really know someone?

I liked Eve, she was just normal you know. Suzie seemed like a handfull, Ed no, he was a doormat, Justin, well I never really got to know Justin. Sorry Justin. I was all over how Eve would handle things.

I can't say too much. Things happen, secrets come out, people are not who you think they are, and someone from her past comes around, and I wonder if I can hope.

A story about loss, secrets, friendship and lies. I really enjoyed it. When I had to stop listening I was all nooo, what about x!?

The narrator was great and really had me hooked. She had good voices for everyone and kept the tempo going

Eve, Justin, Susie, and Ed have been friends since they were teenagers. Now in their thirties, the four are as close as ever, Thursday night bar trivia is sacred, and Eve is still secretly in love with Ed. Maybe she should have moved on by now, but she can’t stop thinking about what could have been. And she knows Ed still thinks about it, too.

But then, in an instant, their lives are changed forever.

In the aftermath, Eve’s world is upended. As stunning secrets are revealed, she begins to wonder if she really knew her friends as well as she thought. And when someone from the past comes back into her life, Eve’s future veers in a surprising new direction....

They say every love story starts with a single moment. What if it was just last night?