Children of the catastrophe by Sarah Shoemaker 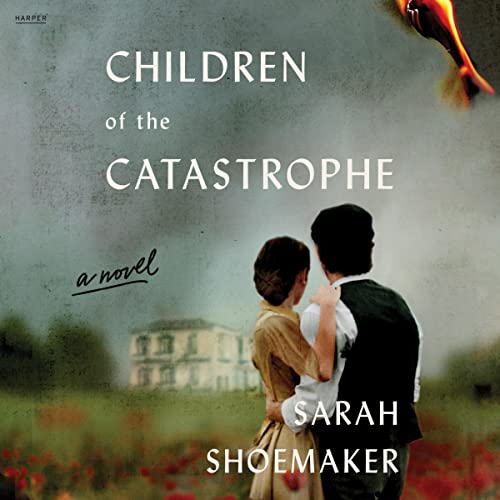 I kept thinking when listening, this is gonna get ugly, this will end badly, omg is it happening now?! But Smyrna seemed to weather the storm...for a time.

All is well is Smyrna, well as well it can be as second class citizens in Turkey. Liana is a young woman ready for marriage, and it was quite interesting seeing how the Greeks did it in Smyrna. And she does get chosen, Vassili is a really good man ad they have a happy marriage.

I do warn you, any book with genocide, well you know people will die. Also wtf is wrong with humankind?! And we can't say oh that was a 100 years ago, it is happening right now. Soldiers raping, killing, mutilating. Humankind is evil, and soldiers turn into animals. But it is also a book that needs to be read, for example we all know which country that has not admitted to the genocide of Armenians.

But yes, a book about living in the shadows of bad thing, and continuing to the end.

And then, something bad did happen, and I cried and cried. It broke me.

A good book that should be listened to.

Excellent narration. She had this calm voice and it was like I was there. A haunting story.

It is 1908 and Smyrna is the most cosmopolitan city on the Mediterranean Sea. Though long a part of the Ottoman Empire, Smyrna has always been Greek, and its citizens honor the traditions of previous generations. The Demirigis and Melopoulos families are no different, and now Liana Demirigis will wed the only Melopoulos son, Vassili--a marriage arranged by her parents.

After the wedding, Liana and Vassili build an idyllic life for themselves and their children outside of the city, safe from rising political tensions roiling the region and the world. But less than a decade later, the growing divisions between the Greeks and Turks threaten to boil over. When each country chooses a different side with the outbreak of the Great War, a hunger to reclaim Izmir consumes Greece. Suddenly Liana and her family, like thousands of others like them, are thrust into danger . . . and many will not survive.

Children of the Catastrophe is a beautifully told story that unfolds through the experiences of the Melopoulos family--their loves and quarrels, their hopes and disappointments, played out against a world on fire. Sarah Shoemaker artfully draws us into her characters' rich lives and evocatively captures all that was lost as hostilities mount and innocent men, women, and children find themselves caught up in forces beyond their control.