Today I have author Genevieve Graham over to talk about her new book Sound of the Heart. You can also enter in the grand prize giveaway at the bottom

1. Could you tell me a little about yourself?
Sure. I'm Canadian, I'm 47 and happily married to a wonderful, patient man, with two teenage (!) daughters (11 & 14). We live in a very quiet, remote part of Nova Scotia because we couldn't stand being in a busy city any longer. Until my daughters were about 8 or so, I could never find the time to read. Then I read “Outlander” and I haven't been able to stop! I'd never written a word until 2007 when I started to write UNDER THE SAME SKY. Now I'm working on the 4th of the series and I see no end in sight! I also run my own editing business, working with authors worldwide.

2.  Your new book is called Sound of the heart. What’s it about?
First, I should let you know that my books, despite their beautiful covers, are not fluffy romances. I believe in submersing myself and my readers in real history, and I don't pull any punches. I don't know how to sugarcoat the truth! So … this is not for the faint of heart, though it is less disturbing in many aspects than UNDER THE SAME SKY.

Dougal MacDonnell is a Highlander who is taken prisoner after the Battle of Culloden in 1746. He survives imprisonment, then manages to escape with one of the other prisoners, experiencing adventures as they flee to the Highlands. Once he is safely settled, he falls in love and it looks like a happily ever after … until the English arrest his love, Glenna, for poaching. Dougal has to find her, but he is captured again. It is only when he discovers that she has been shipped to the colonies that he realizes what he must do. He is offered a position in the Highlander division of the English army, and though he hates the thought of joining the English, he must do it if he even hopes to find her again. We follow his adventures, but we also experience Glenna's life when she is taken as a white slave. It seems impossible that they will find each other, considering the vastness of the colonies and their completely separate lives, but neither is willing to give up hope.

3.  Could you tell me about the McDonnell brothers?
We meet both in UNDER THE SAME SKY, along with their brother, Ciaran; however that book is focused on Andrew. SOUND OF THE HEART is Dougal's story. The brothers were raised to not only be fierce warriors, but to value education. They also have grown up as witness to the love between their parents, and none of them will settle for a loveless marriage. Unfortunately, Ciaran doesn't survive the war. The other two brothers, who have an innate ability to read each other's minds, cannot find each other, and assume the other is dead … though they're not sure. Andrew has a host of “gifts”, including the ability to see the future and to communicate with a girl across the sea through dreams, and that is the story behind UNDER THE SAME SKY. Dougal can also see into the future, but his other gift is reading the minds of men.

I love both of them. Andrew is the more introspective of the two. Dougal has a wonderful sense of humour and really loves people, on the whole.

4. Glenna sure sounds like a strong woman. Who was your inspiration for her?
I don't really have an “inspiration” for her. My characters pop into my head out of nowhere, which is my most favourite aspect of writing. With this story, I met Dougal first, and he took me through the battle. It took quite a while for Glenna to reveal herself to me. She has a lot of secrets, and she was very private about them—even with me! She started out as a very strong, self-sufficient woman, but grew into a woman who truly believe in herself and her worth by the end. I really admire her.

5. Are there more books coming?
I've written the third book, OUT OF THE SHADOWS, which focuses on Adelaide, the sister of Maggie in UNDER THE SAME SKY. I have to admit that right now, it's my favourite of the three. I have recently started working on the fourth book, the story of Janet MacLeod, who traveled with Andrew back in the first book. She's not a member of their family, but she had a very strong personality … and she's demanding her own book right now!

6. What made you start writing historical romance?
I fell in love with Diana Gabaldon's OUTLANDER series, then Sara Donati's INTO THE WILDERNESS series, then books by Penelope Williamson, Jennifer Roberson and others. I think the part of historical fiction that I love the most is the possibility that somewhere along the line … it might just not be fiction! Think of this: no one from the 18th century is alive today, right? (not including reincarnation or whatever) When I write, I feel like I'm just the typist, receiving these stories and putting them down for others to read. How are those stories coming to me? Could it be that they actually happened and the characters feel they need to share them with me? Could they have really happened? See why I love historical fiction so much?

7. And last, the sexiest Scot ever?
Wow. EVER? Well, you didn't actually say he had to be real … I'm going with Jamie from “Outlander” … but I have to say that Dougal from SOUND OF THE HEART is a very close second for me. And if you need me to pick a “real” one, I'm going to go with what I know best, and that'd be actor Gerard Butler (why do I know him best? Because I watch his movies almost obsessively …). 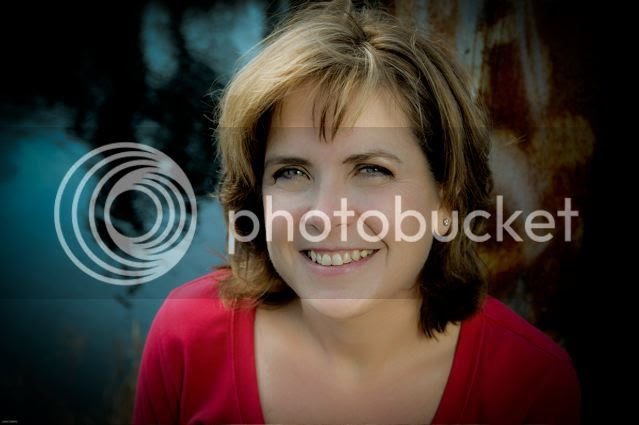 Thanks for having me here today!

About the Author
Genevieve Graham graduated from the University of Toronto in 1986 with a Bachelor of Music in Performance (playing the oboe). While on a ski vacation in Alberta, she met her future husband in a chairlift lineup and subsequently moved to Calgary to be with him. They have recently settled in a small, peaceful town in Nova Scotia with their two beautiful daughters. Writing became an essential part of Genevieve’s life a few years ago, when she began to write her debut novel, Under the Same Sky. The companion novel, Sound of the Heart, will be in stores May 1, 2012.


Grand Prize on the book tour is ...
A signed copy of Sound of the Heart PLUS a four cd set of relaxation cds created by my incredibly talented musical friends, Cori Ashley and Ed Franks. I'll give you a little insight into why I chose these cds as my prize - I'm NOT saying Sound of the Heart is about relaxing … considering the wild adventures Dougal's in for, I doubt he was too relaxed! But Dougal has a gift, similar to his brother's gift. He can relax his mind and hear the thoughts of other men, but he can also sink into his thoughts and hear the sounds and voices of his loved ones as if they were right there with him. These cds were created to help you escape the stress and craziness of your days. Grab a cup of tea or glass of wine (your preference!), light a candle, maybe slip in to a bubblebath, and listen to the sound of your heart.