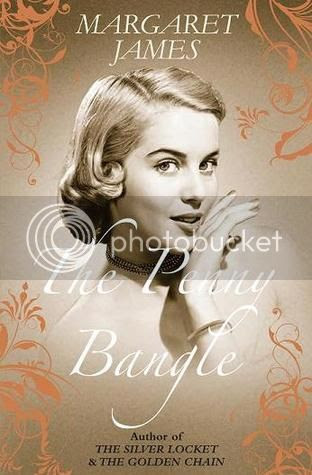 When should you trust your heart? It's 1942 when Cassie Taylor reluctantly leaves Birmingham to become a land girl on a farm in Dorset. There she meets Robert and Stephen Denham, twins recovering from injuries sustained at Dunkirk. Cassie is instantly drawn to Stephen, but is wary of the more complex Robert - who doesn't seem to like Cassie one little bit. At first, Robert wants to sack the inexperienced city girl. But Cassie soon learns, and Robert comes to admire her courage, finding himself deeply attracted to Cassie. Just as their romance blossoms, he's called back into active service. Anxious to have adventures herself, Cassie joins the ATS.

My thoughts:
This is actually part 3 in a series but it can well be read on its own. Book 1 took place during WWI, book 2 was about that couple's daughter and this book has a new heroine named Cassie who arrives at a farm to work. The farm owned by the couple from book 1. It's her story.

I have read the other two books but this was actually my favorite. I can't say what made it so, was the writing better? The story? The heroine? Who can tell what tiny detail makes me fall more? I did like the two previous books too but I guess Cassie won me over more. She was brave, did not give up and most of all, she was sweet.

The story is about the war, family and love. Cassie falls for the son in the family, luckily the Denhams are good people and not snobs as they come from a better family and she is gutter trash. All is good on that front. But the war is always there and Robert goes back. Their romance takes some time to blossom and I liked this. No rush, even if we know it will happen (as he does not like her from the start.) And as he is away fighting and she does her best to serve her country there is always that amount of danger in the air. It's not showed though.

It was nice to meet the Denhams again and Daisy from previous books. And the twins Stephen and Robert were so alike, but nice young men. There is also another landgirl named Frances who befriends Cassie.

One thing I did not like, but as this was about the story, it's a very personal opinion. Because of something that happened I would rather have the book end unhappily then how it ended now, all happily. Somethings I do not forgive.

Cover.
I do like how all covers fit their era.