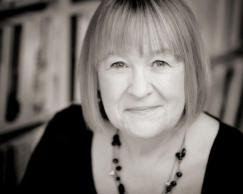 Today I have Liz Trenow over for an interview. And there is a giveaway too at the end.

1. Tell me a bit about yourself?
I was born and brought up in Suffolk, England, living next door to the family’s silk mill in which my father and brother worked, and which is still weaving today. The company can be traced back to 1720 so you could say that silk is in my blood! My artist husband and I have two grown-up daughters and I have spent much of my life working as a news journalist for newspapers, BBC radio and television. We now live in Colchester, Essex, the first Roman capital of Britain (we still have a Roman wall and lots of temples!). When I’m not writing, I love spending time with friends and family, going to the theatre and to concerts of classical music – ah yes, and I am a singer (choral, not solo!)

2. What is your new book, The Forgotten Seamstress about?
At its simplest, the book is about how the events of the past reverberate into the present and future. In this case, the past events are the story of an extraordinary woman, Maria, growing up in the early 20th century. Like so many women of the time, the path of her life is very much in the hands of others. But she uses the one power she has – her ability to sew beautiful things – to tell her story, through a quilt.
The present and future are embodied in the character of Caroline, a 30 something metropolitan woman who, like many of today’s women, has almost too many choices. But her life is at a crossroads – her relationship has finished and she’d been made redundant from her well- paid but soulless job – and it takes the distraction of inheriting the quilt, and unearthing its story, for her to discover what she really wants from life.

3.  What was the inspiration behind this novel?
I have always been fascinated by quilts and the way that they hold hidden stories in their fabrics and designs, but it took the discovery of a particular piece of fabric to inspire me to write a novel in which a quilt is a central ‘character’.

I was visiting the internationally famous Warner Textile Archive in Braintree, Essex to research the history of my family’s silk weaving company, when I chanced upon a case of the ‘May Silks’: beautiful cream and white damasks and brocades, some with interwoven gold and silver threads, hand-woven for the trousseau of Princess May for her wedding to the heir to the British throne in 1893. Sadly, the Duke of Clarence died just six weeks before the wedding and, with typical royal pragmatism, it was decided that she should instead marry his younger brother George, who later became King George V and the May silks were used for this occasion instead.

The silks were so entrancing and the story so intriguing that I knew they would have to feature in my next novel.

4. And how much is truth and how much is fiction?
That’s an interesting question. All novelists blend fact and fiction, and the borders between them are always blurred. But what is true:
· Princess May’s mother, the Duchess of Teck, was Patron of the London Needlework Society.
· Buckingham Palace did employ seamstresses (although I did not know this at the time of writing, I was contacted after the UK publication by a woman who’s grandmother was employed there as a seamstress!)
· The May Silks were designed and woven by British weavers for Princess May’s wedding to the Duke of Clarence, heir to the throne, and reused for her wedding to his younger brother, George.
· The Prince of Wales had a great fondness for women – he had dozens of affairs before becoming King, and then abdicating to marry Wallis Simpson. As a young man he hated the restrictions of being ‘royal’ and was happiest on board naval ships among his fellow men. He was desperate to fight on the front line in WW1, but was never allowed to.
· It is widely known that mental asylums were used as a convenient place for hiding ‘difficult’ people – or those who did not adhere to social norms. Early treatments were sometimes barbaric.
· The large mental hospitals were, from the 1970s onwards, closed in favour of treating people in smaller hospitals and ‘in the community’.
· Quilts were (and still are, sometimes) made using ‘piecing papers’.
All the rest is fiction!

5. What’s coming next from you?
My next book, The Poppy Factory, will be published in the UK in August 2014, marking the 100th anniversary of the start of the First World War. As the title suggests, the story revolves around the work of the real-life Poppy Factory which still employs disabled veterans making Remembrance Day poppies in Richmond, Surrey. Besides a poignant First World War strand it also has a powerful contemporary storyline based on interviews with two extraordinary young women who served as army medics on the front line in Afghanistan.

I am already part-way into writing my fourth novel, which delves even further back into history. It is set among the silk weavers of Spitalfields, in London, in the 18th century. You can find out more about both of my forthcoming novels on my website at www.liztrenow.com. 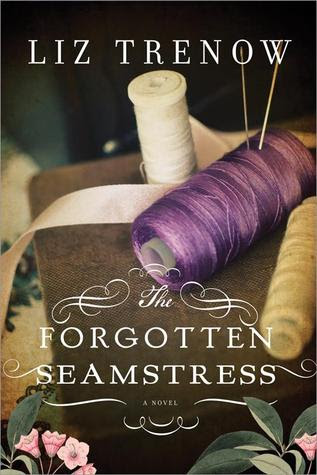 Giveaway
1 copy of The forgotten seamstress

PS. Please, once again, if your email is not here or in your profile then you can't win, check this please. I can't say how many have a profile that leads to nothing